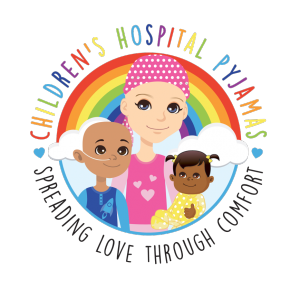 Spreading love through comfort by donating brand new pairs of pyjamas to poorly children in hospital, hospices and women’s refuges.

Children’s Hospital Pyjamas started in November 2010 when the founders’ daughter was an in-patient in the hospital. She received a brand new scooter which had been gifted to the hospital from another family of a poorly child. Our founder decided, she too needed to give back and when they were released from the hospital, she asked friends and family to donate brand new toys so she could gift them to her local hospital. After three years of donating toys, she decided to change to pyjamas, as she thought they were more practical. Year after year the collection has grown and so has the team. In celebration of our tenth collection, we registered as a charity.

ABOUT US
We are a UK based charity, who collect donations of brand new pyjamas, from the public, which we then donate to Hospitals, Hospice’s, School Hospital Teams and Women’s refuges up and down the country. These are then given to poorly or less fortunate children who are inpatients.
Contact us: childrenshospitalpyjamas@gmail.com
FOLLOW US
©